Dr. Winfried Steeger has been elected as new Chairman of the Symrise Supervisory Board 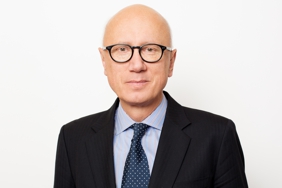 "We very much welcome that Dr. Steeger has assumed the position of Chairman of the Supervisory Board of Symrise AG. Dr. Steeger is a proven expert with many years of leadership experience. He brings the best qualifications to provide the Executive Board with comprehensive advice," said Dr. Heinz-Jürgen Bertram, CEO of Symrise AG.

Dr. Steeger began his professional career in 1979 as a legal counsel and later as a partner at Freshfields Bruckhaus Deringer L.L.P. Since 2011 he has been Managing Director of the Jahr Group in Hamburg. On 15 May 2012, he was elected to the Supervisory Board by the Annual General Meeting of Symrise AG.