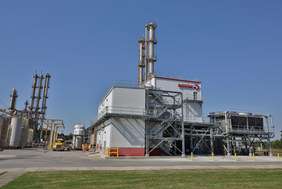 Yesterday, a fire had broken out at the Symrise production site Colonel Island. The production facility manufactures fragrance ingredients. No employees got harmed and no danger to residents existed. Local fire brigades and police have obtained control of the situation on site.

The fire broke out during yesterday’s early morning hours. The reason will be investigated in detail in the coming days. Firefighters, police, and local authorities promptly arrived at the scene of the incident. As a preventive measure, the employees and neighborhood had been asked to shelter in place.

The fire occurred during the regular production hours for the manufacture of fragrance ingredients. Risks to the health of employees and residents were quickly ruled out. The evacuation has been lifted again and the fire has been completely extinguished. Environmental damage can also be ruled out.

Symrise is collaborating closely with the local authorities and is helping them to determine the cause of the fire.