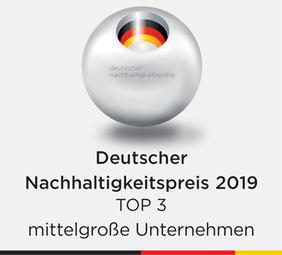 After receiving the award in 2012 and reaching the final round in 2016, global manufacturer of fragrances and flavorings Symrise has made it into the finals of the German Sustainability Award for the third time. As a pioneer in sustainability, the Group has developed high benchmarks in its industry, and these have been integrated into all decision-making and production processes. For years now, the company based in Holzminden has also been active in its growing regions across all continents and supported the local populations. Its comprehensive sustainability management has now been acknowledged in the final round of the category Germany’s Most Sustainable Large Corporation. The presentation ceremony will be held in Düsseldorf on December 7, 2018.

Symrise produces some 30,000 products from around 10,000 primarily natural raw materials. The company recognized early on that its business model requires the intact diversity of raw materials, while the demand for sustainably produced raw materials is on the rise. Pollution and extensive use of resources threaten the biodiversity in cultivation areas around the world, which is why Symrise utilizes its leading market position, is committed to sustainable protection of ecosystems and defines new standards along the way. The aim is to minimize the company’s environmental footprint while maximizing sustainability in terms of products and employees and along the supply chains.

Sustainability and Symrise – a success story

In this context, the jury is recognizing in particular the level of commitment along the supply chain as well as ongoing improvements in the company’s operations. For example, all suppliers are evaluated and selected based on strict internal and external standards. With the “green factory” concept, the Holzminden-based company places great value on climate-friendly construction methods when building new production sites, which includes using renewable energies and byproducts and promoting concepts such as upcycling.

The dedication of the Holzminden employees has long been successful and can also be expressed in numbers. Over the years, the company has significantly reduced its carbon emissions, hazardous waste and wastewater. More than 5,500 small-scale farming operations in the company’s cultivation areas have received training in sustainable cultivation methods. More than 33,000 small-scale farmers still benefit from these projects to this day, and Symrise’s commitment has demonstrably improved their socioeconomic conditions. Symrise also supports the future of small-scale farmers: Investments in teachers and the infrastructure of schools have improved the education situation for some 20,000 schoolchildren.

Symrise continues its commitment to sustainability

“Having reached the finalist round again is an outstanding confirmation of our sustainability-focused corporate philosophy,” says Hans Holger Gliewe, Chief Sustainability Officer at Symrise. “This success inspires us. We constantly pursue our sustainability goals, and we want to reduce our absolute carbon emissions by 18 percent by 2030, among other things,” adds Gliewe. Symrise would also like to guarantee one hundred percent traceability of its key raw materials as of 2020. As a result of the Paris Climate Agreement, Symrise is also involved in the Science Based Targets initiative. Participating companies want to limit global warming to a figure well below 2°C. Symrise is the first company in its industry to have had its climate strategy approved by the initiative committee.

About the German Sustainability Award