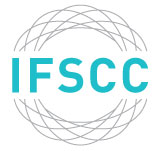 Symrise won the IFSCC Poster Award for the best poster presented at the recent International Society of Cosmetic Chemists Conference (IFSCC) held in Zürich from 21 to 23 September 2015. The award honors the company’s work on ingredients, which help the skin to fight against the impact of particulate pollution. For the project, Symrise collaborated with Professor Jean Krutmann’s research group at the IUF – Leibniz-Institute for Environmental Medical Research GmbH, in Düsseldorf Germany.

Air pollution and its negative impact on human skin is a very much discussed topic in the scientific world and beyond. Cities are growing and the amount of traffic and exhausts caused by it is ever increasing. Consequently, scientists and manufacturers of cosmetic ingredients and cosmetics are looking for solutions of this phenomenon.

To illustrate ways of a possible approach to this in skin care Symrise developed a scientific screening methodology and presented it as a poster to the IFSCC. The society recognized this approach and awarded Symrise its renowned award for the best poster. This was the only prize out of a total of 222 poster entries. In particular, the potential of the company’s ingredients convinced and promise effective support in the fight against effects induced by air pollution.

Symrise has long-standing experience in the development of ingredients that help the skin protect itself against extrinsic environmentally caused damage. Professor Jean Krutmann and his scientific group contributed their knowledge in skin research on environmental effects on the human skin’s health. The joint team based their work on epidemiological studies. These have shown that exposure of humans to airborne, traffic-related particulate matter is associated with increased signs of extrinsic skin reactions including wrinkle formation and most importantly, pigment spot formation. This effect was strongest with soot, indicating that it might be caused by carbon particles, sized in nano to micrometer range, or more probably by organic substances bound to the surface of these particles, in particular polyaromatic hydrocarbons (PAH) such as benzo[a]pyrene (BaP).

The skin specialists used verified model particles as surrogates for authentic street particulate matter, for example diesel exhaust particles. Their characteristics were comparable to air pollution of a street with heavy traffic as regards size distribution and substances bound. Primary human keratinocytes were exposed to those particles and alterations in gene expression were analyzed. As a result of further investigations Symrise could find hints to ingredient solutions addressing these challenges.

“We are very proud to have won the only best poster award of the IFSCC this year”, says Imke Meyer, Manager Cell Biology/Cosmetic Ingredients at Symrise. “It shows the relevance for solutions to help fight the effects of air pollution on the human skin. By developing ingredients that address this topic, we are supporting formulators of cosmetics effectively. Our special thanks go to Professor Jean Krutmann and his team. They have contributed valuable expertise in skin research so that we were able to identify the most promising ingredient approach..”

Symrise is a global supplier of fragrances, flavorings, cosmetic base materials and substances, as well as functional ingredients. Its clients include manufacturers of perfumes, cosmetics, food and beverages, the pharmaceutical industry and producers of nutritional supplements and pet food.

Its sales of more than € 2.1 billion in the 2014 fiscal year place Symrise among the top three companies in the global flavors and fragrances market. Headquartered in Holzminden, Germany, the Group is represented in over 40 countries in Europe, Africa, the Middle East, Asia, the United States and Latin America.

Symrise works with its clients to develop new ideas and market-ready concepts for products that form an indispensable part of everyday life. Economic success and corporate responsibility are inextricably linked as part of this process. Symrise thus takes sustainability into account in every part of its corporate strategy. The company was awarded the German Sustainability Award in 2012. In 2013, Symrise was certified as a “Green Company” by DQS. Symrise – always inspiring more…