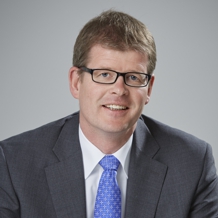 The Supervisory Board of Symrise AG has appointed Olaf Klinger (50) to become Chief Financial Officer (CFO) of the Company. He will join from private clinic operator AMEOS, where, as a managing executive, he is in charge of the finance department. Before that, he held various management positions during his many years at Merck KGaA. On February 1, 2016, he will take over the finance department at Symrise, thereby succeeding Bernd Hirsch. As announced in March 2015, Mr. Hirsch is leaving at his own request and on amicable terms at the end of the year.

Olaf Klinger has over 20 years of experience in corporate finance and also brings with him substantial expertise in the chemical and healthcare sectors. He was employed for over twelve years by the pharmaceutical and chemical company Merck in Darmstadt and acted as CFO for the Swiss subsidiary Merck Serono SA in Geneva. He held management positions in controlling, accounting, corporate finance, treasury and investor relations. Furthermore, he also led the introduction of the global financial organization of Merck, which he most recently headed. Profound experience in the fields of acquisition and integration of companies round out his professional profile.

In January 2015, Olaf Klinger transferred to the private clinic operator AMEOS Group where, as CFO, he was in charge of finance, IT and internal audit. He began his professional career in 1993 at Mannesmann where he worked in various management functions in Düsseldorf and New York. Olaf Klinger studied business administration and holds a degree of Business Management from the University of Hamburg. He is married and has three children.

Dr. Thomas Rabe, Chairman of the Supervisory Board of Symrise AG, said: “We are very pleased to have won Olaf Klinger as new CFO. He brings with him extensive expertise in this field and has a high degree of sector-specific know-how in Symrise’s areas of growth. He also has years of experience abroad and is thus an excellent addition to Symrise as a growth-oriented, globally active company. We are looking forward to seeing him get off to a good start at Symrise, and, at the same time, would like to thank Bernd Hirsch for all his excellent work over the past six years.”

Symrise is a global supplier of fragrances, flavorings, cosmetic base materials and substances, as well as functional ingredients. Its clients include manufacturers of perfumes, cosmetics, food and beverages, the pharmaceutical industry and producers of nutritional supplements and pet food.

Its sales of more than € 2.1 billion in the 2014 fiscal year place Symrise among the top three companies in the global flavors and fragrances market. Headquartered in Holzminden, Germany, the Group is represented in over 40 countries in Europe, Africa, the Middle East, Asia, the United States and Latin America.