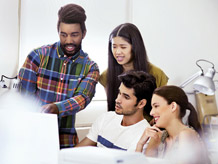 — Double-digit sales growth in all regions

— Excellent profitability with EBITDA margin of 22.6 %

Symrise AG continued its highly dynamic growth course in the second quarter of 2015 and further increased its profitability. In the first half of the year, the Group increased sales by 41 % to € 1,330.8 million (H1 2014: € 941.8 million) and operated highly profitable with an EBITDA margin of 22.6 %. All regions and both segments contributed to this positive development. The fully integrated activities of Diana contributed sales of € 268.0 million. Earnings before interest, taxes, depreciation and amortization (EBITDA) were up by 44 % to € 300.3 million (H1 2014 normalized: € 209.0 million).

Dr. Heinz-Jürgen Bertram, CEO of Symrise AG, said: "Symrise continues to stand for high growth combined with outstanding profitability. We are thoroughly satisfied with our first-half performance. We experienced strong demand in all regions and both segments. Despite the economic and political uncertainties in some markets, we are looking ahead to the second half with confidence. We have a broadly diversified portfolio, a strong market presence and see clear growth opportunities for both segments."

Symrise outpacing the market
For the first half of the year, Symrise increased its sales by 41 % to € 1,330.8 million (H1 2014: € 941.8 million). At local currency, this represents a sales growth of 32 %. Along with € 268.0 million in sales from the activities of Diana, which were acquired last year, the Company benefited above all from strong demand for natural flavors and cosmetic ingredients.

Excluding the contributions from Diana, Symrise increased its sales by 13 % (local currency: 6 %) and thus once again significantly outperformed the global market for fragrances and flavors, which is estimated to be growing at a rate of 2 - 3 % per year.

Strong sales growth in Emerging Markets
In Emerging Markets, Symrise recorded a 32 % increase in sales at local currency. These markets thus accounted for 47 % of total sales (H1 2014: 48 %). The slight decline compared to the prior-year-period reflects the regional sales mix of Diana, which generates the majority of its sales in Developed Markets.

In the first half of 2015, taking advantage of favorable market conditions, Symrise arranged an early refinancing at improved terms for the revolving credit facility, which was not due for renewal until November 2015. The credit volume remained at € 300 million, with a five-year term. Symrise has the option to extend the term by one year on two occasions and to increase the volume to € 500 million.

Scent & Care highly profitable with EBITDA margin of 22.7 %
For the first half of the year, sales in the Scent & Care segment rose by 11 % to € 546.5 million (H1 2014: € 492.5 million). At local currency, sales increased by 2 %. The segment particularly benefited from strong demand for menthol and cosmetic ingredient applications.

With an increase of 18 % at local currency, Scent & Care achieved its largest gains in Latin America. The Asia/Pacific and EAME regions posted sales in local currency of 2 % and 1 %, respectively. In North America, sales were down 5 % compared to the strong first half of 2014.

The strongest growth among regions was in Latin America, where sales rose by 155 % in local currency. Sales in North America nearly doubled, with a 92 % year-on-year gain. In the EAME and Asia/Pacific regions, Flavor & Nutrition achieved a sales growth of 60 % and 35 %, respectively.

In the process of focusing and streamlining the portfolio of Diana Food, the sub- segment CAP Diana (Compagnie Alimentaire Pleucadeucienne) was sold to the Jean Floc’h Group at the end of June. CAP Diana specializes in solutions for regional French pork dishes and sauces, and recorded sales of € 29 million over the past 12 months.

Symrise with optimistic outlook for the second half of 2015

After a strong first half, Symrise confirms its outlook for the fiscal year 2015. Despite political tensions in some regions and divergent economic trends in some sales markets, Symrise is generally optimistic. The Group expects demand to remain strong in all regions and both segments. For 2015, Symrise aims once again at outperforming the global market for fragrances and flavors and delivering an EBITDA margin of more than 20 %.

The long-term growth drivers remain intact. The Group will benefit from global megatrends such as economic progress in Emerging Markets, population growth and the increasing demand for natural foods and consumer goods products. Symrise is convinced that it is very well positioned to meet the resulting demand and achieve the business goals it has set for the fiscal year 2020.

About Symrise:
Symrise is a global supplier of fragrances, flavors, cosmetic active ingredients and raw materials as well as functional ingredients. Its clients include manufacturers of perfumes, cosmetics, food and beverages, the pharmaceutical industry and producers of nutritional supplements and pet food.
Its sales of more than €2.1 billion in 2014 place Symrise among the top three companies in the global flavors and fragrances market. Headquartered in Holzminden, Germany, the Group is represented in over 40 countries in Europe, Africa and the Middle East, Asia, the United States and Latin America.