Symrise adds two members to its Executive Board 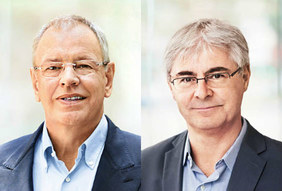 Symrise AG is adding two members to its Executive Board in response to the dynamic development of its business. Effective as of October 1, 2016, the Supervisory Board has appointed Heinrich Schaper (60) and Dr. Jean-Yves Parisot (52) to the Executive Board. The two new members will be initially appointed for a three-year period and will be responsible for business operations in the Flavor & Nutrition segment: Heinrich Schaper will serve as the Head of the Flavors division and Jean-Yves Parisot as the Head of the Diana (Nutrition) division.

The two new board members will assume responsibility for operations in the Flavor & Nutrition segment. Dr. Heinz-Jürgen Bertram had assumed responsibility for that segment in the course of the Diana acquisition alongside his duties as the CEO of Symrise AG. Further members of the Executive Board continue to be Olaf Klinger (CFO) and Achim Daub (Scent & Care). The expansion of the Executive Board supports the Symrise strategy of a targeted expansion of its market position in the Flavor & Nutrition segment while accelerating the international growth of the segment and the interlinking of competencies within the Group.

Dr. Thomas Rabe, Chairman of the Symrise Supervisory Board, said: "With Heinrich Schaper and Jean-Yves Parisot, we are appointing two highly experienced managers to the Executive Board of Symrise AG. The company is thus sending a strong message, emphatically underscoring its global growth ambitions in the Flavor & Nutrition segment."

Heinrich Schaper has spent four decades in various roles with Symrise AG and its predecessor companies. He has more than 25 years' experience in executive positions, most recently as Head of the Flavors division. Before that, he served in management roles in the USA and the EAME region (Europe, Africa, and Middle East) and made a substantial contribution to the development and successful expansion of the company. After completing a degree in business, he began his career in 1978 as a sales manager for flavors.

Jean-Yves Parisot has headed the Diana division since 2014. Before the acquisition of the Diana Group and its integration into Symrise AG, he spent five years as the Head of the food division with the Diana Group. Prior to joining Diana, he worked in management positions with various global pharmaceutical, chemical and biotech companies including Air Liquide, Danisco and Rhodia. He began his career in sales and marketing with Pfizer. Jean-Yves Parisot studied veterinary medicine and completed an MBA at HEC Paris. 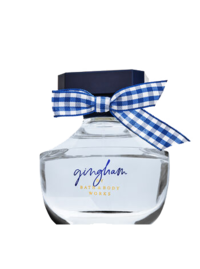 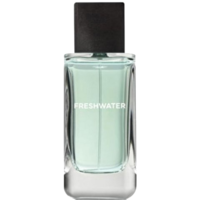 Symrise is a global supplier of fragrances, flavorings, cosmetic active ingredients and raw materials, as well as functional ingredients. Its clients include manufacturers of perfumes, cosmetics, food and beverages, the pharmaceutical industry and producers of nutritional supplements.

With sales of € 2.602 billion in the 2015 fiscal year and a market share of twelve percent, Symrise is among the top three suppliers in the global flavors and fragrances market. Headquartered in Holzminden, Germany, the Group is represented with 40 locations in over 35 countries in Europe, Africa, the Middle East, Asia, the United States and Latin America.

Symrise works with its clients to develop new ideas and market-ready concepts for products that form an indispensable part of everyday life. Economic success and corporate responsibility are inextricably linked as part of this process. Symrise thus takes sustainability into account in every part of its corporate strategy. DQS certified Symrise as a “Green Company” in 2013.