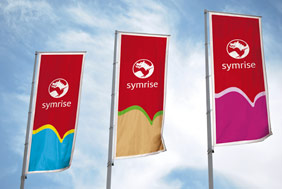 Symrise AG has successfully placed a bond on the European capital market. The bond, with a total volume of € 500 million, was heavily oversubscribed and was financed under very attractive terms. It is part of the refinancing planned for the current financial year and will replace the euro bond due in July.

Olaf Klinger, CFO of Symrise AG, said: "We are pleased to report the successful placement of our third bond, which was very positively received by investors. We have succeeded in raising € 500 million at attractive terms and in a very short time. We see the strong demand as a confirmation of our strategy and trust in Symrise.”
The new Eurobond issue has a 6.5-years maturity and a coupon of 1.25 %. A bank syndicate made up of BNP Paribas, Bank of Tokyo Mitsubishi, SEB and Unicredit supported the placement. The bond will be admitted for trading on the regulated market at the Luxembourg Stock Exchange in € 1,000 increments (DE000SYM7720).

The bond placement marks the fourth successful capital measure by the group this year. It was preceded by steps to finance the planned acquisition of the US-American ADF/IDF. In February Symrise successfully completed a capital increase totaling € 400 million. This was followed in March by the issue of a € 250 million debenture (“Schuldscheindarlehn”) and the procurement of a syndicated loan of € 200 million.