Symrise AG considerably increased its sales and earnings in the first nine months of 2014. The Group benefited from high demand in both segments and all regions. For the first time and as of July, the consolidated financial statements also include the results of Diana Group, which was acquired in spring. Symrise thus increased its Group sales by 13 % at local currency to € 1,530.0 million in the reporting period (9M 2013: € 1,401.2 million). Earnings before interest, taxes, depreciation and amortization as normalized for one-time effects from the acquisition and integration of Diana (EBITDAN) increased by 18 % to € 343.8 million (9M 2013: € 290.2 million). The EBITDAN margin rose to 22.5 % (9M 2013: 20.7 %).

Dr. Heinz-Jürgen Bertram, Chief Executive Officer of Symrise AG, said: “Symrise is very well on track and in great shape. In the first nine months of the year, we successfully used market opportunities, systematically pursued our strategy and further expanded our market position. The Diana Group has been part of Symrise since July and we are successfully combining our activities. This will allow us to offer a much broader portfolio in the future and to make ourselves stand out in the market even more. We therefore consider Symrise in a good position for the remaining weeks of this year and also the future.”

Sales Growth in all Regions
Symrise increased its sales by 9 % in the reporting currency to € 1,530.0 million in the first nine months of the year (9M 2013: € 1,401.2 million). At local currency, this amounts to 13 % growth. All of the regions and both segments contributed to the Group-wide increase in sales, as did the acquisition of the Diana Group.

High Profitability with an EBITDAN Margin of 22.5 %
The focus placed on high-margin business, unwaveringly high capacity utilization and continued cost discipline significantly contributed to the Group’s increased profitability. One-time effects in the amount of € 12.9 million were incurred in relation to the acquisition and integration of the Diana Group. These were allocated to the Flavor & Nutrition segment. Earnings before interest, taxes, depreciation and amortization as normalized for specific effects (EBITDAN) increased by 18 % to € 343.8 million in the first nine months of the year (9M 2013: € 290.2 million). At local currency, this equates to an increase of 22 %. The normalized EBITDA margin increased by 1.8 percentage points to 22.5 % (9M 2013: 20.7 %).

The financial result includes acquisition-related one-time expenses amounting to € 7.8 million. In addition, write-downs on intangible assets from the Diana transaction had not yet been taken into account in the third quarter, as their revaluation (purchase price allocation) had not yet been completed. The net income for the period as normalized for these specific effects increased by 26 % to € 175.9 million in the reporting period (9M 2013: € 139.9 million); the normalized earnings per share increased accordingly, from € 1.18 to € 1.42.

Significant Increase of 24 % in Cash Flow from Operating Activities
Cash flow from operating activities rose by 24 % to € 218.7 million (9M 2013: € 176.2 million). This sharp increase can be attributed to the higher net income for the period and a below-average rise in working capital. The ratio of net debt to EBITDAN amounted to 2.4 (December 31, 2013: 1.1). Taking pension liabilities into account, the ratio amounted to 3.2 (December 31, 2013: 2.0). With an equity ratio of 38 % Symrise continues to operate on the basis of a strong balance sheet.

Scent & Care Segment
Sales in the Scent & Care segment amounted to € 736.8 million and were thus at the same level as the previous year’s figure (9M 2013: € 736.3 million). The previous year’s high figure, was characterized by double-digit growth and was gratifyingly equalled. The segment also further concentrated on high-margin business. In local currency, sales rose by 4%; strongest growth came from the Life Essentials division.

Positive Outlook for the Fourth Quarter
Symrise expects to see good momentum in both of its business segments in the remaining weeks of 2014. Although political conflicts will continue in some countries the Group expects robust demand in all regions. Accordingly, Symrise is confirming its goal of growing faster than the global market for fragrances and flavors in 2014 also and of achieving an EBITDA margin of more than 20 %. The objectives defined for the 2020 fiscal year also apply to the Group as expanded by the addition of the Diana Group and continue to be valid: Symrise aims at a compound annual growth rate (CAGR) of between 5 and 7 % and an EBITDA margin in the range of between 19 to 22 %. 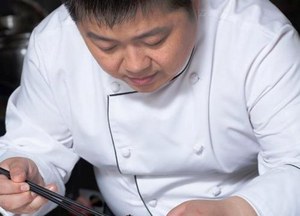 About Symrise
Symrise is a global supplier of fragrances, flavorings, cosmetic base materials and substances, as well as functional ingredients. Its clients include manufacturers of perfumes, cosmetics, food and beverages, the pharmaceutical industry and producers of nutritional supplements and pet food.

Its sales of more than € 1.8 billion in 2013 place Symrise among the top four companies in the global flavors and fragrances market. Headquartered in Holzminden, Germany, the Group is represented in over 40 countries in Europe, Africa, the Middle East, Asia, the United States and Latin America.