— Group sales up by approximately 6 % at local currency

Symrise AG remained on its successful course during the first half of 2014. The Group increased sales at local currency in all regions, significantly raised the operating result and completed the acquisition of French Diana Group as planned. One-off non-recurring special items in connection with M&A activities affected the operating result with € 3.4 million and the financial result with € 7.5 million. Earnings before interest, taxes, depreciation and amortization without special items (EBITDAN) increased significantly by 9 % to € 209 million (H1 2013: € 191 million). The corresponding normalized EBITDA margin amounted to 22.2 %, compared to 20.5 % in the prior year period. Furthermore, Symrise increased its sales in the first six months to € 942 million (H1 2013: € 935 million). At local currency, sales grew by 6 %. At the end of July, Symrise completed the acquisition of French Diana Group, which will first be consolidated from July 2014 onwards. The integration process has already been initiated.

Dr Heinz-Jürgen Bertram, CEO of Symrise AG: “Symrise is entering the second half of the year with full steam ahead. In the first six months we have grown significantly and improved our profitability even further. High capacity utilization, our continued cost discipline and, above all, our focus on high-margin business were significantly contributing to this development. By successfully completing the acquisition of Diana at the end of July, we have finalized the largest acquisition in our company’s history on schedule. We also completed the acquisition financing in record time. This allows us to now fully concentrate on the integration process in the areas of research and development as well as production and sales. I am certain that we will further accelerate our profitable growth together with Diana.”

Sales Increase of 6 % at Local CurrencySymrise increased sales in the first half-year by 6 % at local currency to € 942 million. In reporting currency sales growth amounted to 1 %. Strong impulses came from all regions and both divisions.

With a sales increase of 12 % at local currency, Latin America recorded the strongest growth dynamics. EAME grew sales by 5 %, Asia/Pacific and North America increased sales by 6 % and 4 % respectively.

Normalized EBITDA Margin Improves to 22.2 %
Good capacity utilization during the first six months, consistent cost discipline and the focus on high-margin business significantly contributed to the earnings increase. In the reporting period one-off non-recurring items of € 3.4 million occurred in connection with the acquisition and integration of the Diana Group.  These affect the Flavor & Nutrition segment only. Group earnings before interest, taxes, depreciation and amortization normalized for special items (EBITDAN) increased by 9 % to € 209 million (H1 2013: € 191 million). The normalized EBITDA margin improved on a high level by 1.7 percentage points to 22.2 % (H1 2013: 20.5 %). In addition, the financing of the acquisition led to one-off costs in the amount of € 7.5 million which are attributed to the financial result. Net income for the period came in at € 101 million compared to € 93 million in the prior year. Earnings per share rose from € 0.79 to € 0.84; on a normalized basis, earnings per share in the first half of 2014 amounted to € 0.90 per share. This corresponds to an increase of 14 %.

Significant Rise in Cash Flow from Operating Activities
Cash flow from operating activities also increased significantly to € 109 million (H1 2013: € 77 million). As of June 30, 2014, the ratio of net debt including pension provisions to EBITDA amounted to 1.1. This represents a significant improvement as compared to 2.0 at the end of 2013 and is a result of the capital increase carried out in May.

Scent & Care
The Scent & Care segment extended its business in every region and boosted its sales by 6 % at local currency. In reporting currency this represents an increase of 0.5 % to € 493 million compared to the exceptionally strong prior year (H1 2013: € 490 million). Strong impulses were again seen in the Fragrances and Life Essentials divisions, which both realized high single-digit growth rates.

With an increase of 12 % at local currency, Scent & Care generated significant sales growth in Latin America. Furthermore, the division increased its sales in EAME by 5 % and by 4 % in both, North America and Asia/Pacific.

Flavor & Nutrition
The Flavor & Nutrition segment generated a sales growth of 6 % at local currency to € 449 million (H1 2013: € 444 million). In reporting currency this corresponds to a sales increase of 1 %. Similar to Scent & Care, the Emerging Markets made an important contribution to the division’s development.

Diana Integration Initiated Following Completion of Transaction
Following the announcement of the planned acquisition of Diana Group in April, Symrise successfully implemented several measures in the second quarter for financing the transaction. In May, Symrise generated proceeds of around € 400 million from a capital increase based on authorized capital. In addition, the company secured short and medium-term borrowings from its primary banks amounting to € 400 million. Symrise also successfully placed a € 500 million long-term bond that was oversubscribed several times. Symrise used this comprehensive financing concept totaling € 1.3 billion at highly attractive conditions to finance the largest acquisition in its history.

The transaction was completed on July 29, 2014 following the corresponding approvals. Symrise subsequently introduced initial measures for integration. Hereby, the focus lies on the integration of Diana as an independent division in the Flavor & Nutrition segment, which is responsible for all activities in the area of nutrition. Symrise and Diana will continue to focus intensively on their customers and research projects. Diana will be consolidated for the first time in the third quarter of 2014.

Symrise will continue to report at the level of both Flavor & Nutrition and Scent & Care segments.

Positive Outlook for 2014
Following a successful first half-year, Symrise confirms its outlook for the 2014 fiscal year. The Group further expects solid demand and a positive market development in all regions and in both divisions. For 2014 Symrise is furthermore confident to outperform local currency growth of the global market for fragrances and flavors. Furthermore, Symrise continues to aim at an EBITDA margin of more than 20 %. The objectives defined for the 2020 fiscal year continue to apply to the expanded Symrise AG, including the addition of the Diana Group: Symrise aims at an annual sales growth (CAGR) between 5 % and 7 % and an EBITDA margin between 19 % and 22 %. 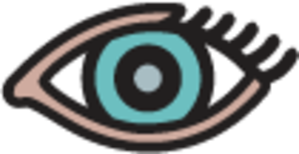 About Symrise:
Symrise is a global supplier of fragrances, flavorings, cosmetic active ingredients and raw materials as well as functional ingredients. Its clients include manufacturers of perfumes, cosmetics, food and beverages, the pharmaceutical industry and producers of nutritional supplements.

Its sales of more than € 1.8 billion in 2013 place Symrise among the top four companies in the global flavors and fragrances market. Headquartered in Holzminden, Germany, the Group is represented in over 35 countries in Europe, Africa, the Middle East, Asia, the United States and Latin America.