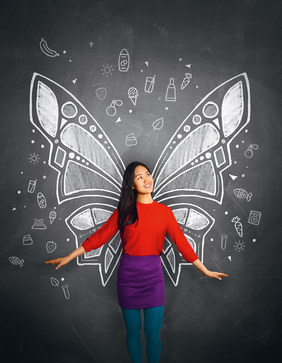 Symrise AG achieved profitable growth in the fiscal year 2017 and reached all of its targets. The Group increased sales by 3.2 % to € 2,996.3 million (2016: € 2,903.2 million). Excluding portfolio and currency effects, organic sales growth even amounted to 6.3 %. Symrise profited especially from the dynamic performance of the Flavor and Nutrition segments and strong demand in the EAME and Latin America regions. Despite currency effects and investments into the expansion of capacities, the Group raised its EBITDA by 1 % to € 630.3 million (2016 normalized: € 625.2 million). With an EBITDA margin of 21.0 %, Symrise exceeded its 20.0 % target and was once again one of the most profitable companies in the industry (2016 normalized: 21.5 %).

"2017 was yet again a successful year for Symrise. For the twelfth year in a row we achieved very satisfactory increases in sales and earnings, especially in terms of organic growth. Despite further investments into our expansion, volatile exchange rates and rising raw material prices over the course of the year, we operated yet again highly profitable. To allow our shareholders to participate in this success, the Executive Board and Supervisory Board will therefore propose a dividend of € 0.88 at the Annual General Meeting," said Dr. Heinz-Jürgen Bertram, CEO of Symrise AG. "We are also optimistic about our prospects in 2018. We have made a dynamic start and feel confident that, with our strong market position, increased internal sourcing of raw materials, and the targeted expansion of capacity, we are very well positioned."

Symrise increased its sales to € 2,996.3 million (2016: € 2,903.2 million) and benefited from strong organic growth of 6.3 %. Taking portfolio effects into account – in particular the sale of the industrial activities of Pinova in December 2016 and the acquisitions of Nutraceutix, Nutra Canada and Cobell – as well as exchange rate effects, sales grew by 3.2 %.

The largest sales growth was realized in Latin America, where sales were up by a substantial 7.6 %. Sales in North America showed a 4.1 % year-on-year decrease due to the divestment of Pinova's industrial activities in December 2016. The Asia/Pacific region achieved a modest increase of 1.4 %. With a strong 7.4 % rise in sales, the EAME region showed an even more dynamic development than in the previous year.

The share of Emerging Markets in the Group's total sales was slightly higher, at 44 % (2016: 43 %). Symrise achieved an overall 7.6 % increase in sales at local currency in those countries.

Despite unfavorable currency effects, higher costs for raw materials and investments in expansion, Symrise was able to increase its EBITDA to € 630.3 million (2016 normalized: € 625.2 million). At the same time, the Group was highly profitable, with a very good EBITDA margin of 21.0 % (2016 normalized: 21.5 %).

The equity ratio increased from 36.4 % at the end of 2016 to 37.8 % at 31 December 2017. Therefore, Symrise has a solid capital base to continue advancing the Group's future sustainable development.

The Scent & Care segment achieved total sales of € 1,263.1 million (2016: € 1,311.3 million). This year-on-year decrease of 3.7 % resulted from the sale of the industrial activities of Pinova in December 2016 and a slower first half of the year. Adjusted for portfolio and exchange rate effects, the segment reported healthy organic growth of 3.9 % – buoyed in particular by the strong fourth quarter, with an increase of 5.8 %. The strongest growth was posted by the Cosmetic Ingredients division. Strong demand was seen especially in the Asia/Pacific and EAME regions.

Sales in the Flavor segment increased to € 1,101.9 million in the year under review (2016: € 1,015.9 million). The segment achieved very strong growth of 8.5 %. Excluding the portfolio effect from the acquisition of Cobell and currency effects, organic growth amounted to a very healthy 9.3 %.

All regions and application areas contributed to the positive sales development. The segment continued the successful trend of recent years, particularly in Europe, Africa and the Middle East (EAME) as well as in North America. Growth was particularly strong in the Sweets and Beverages application areas as a result of new business with vanilla flavorings.

The pet food application area was again one of the strongest growth drivers, with at least single-digit and sometimes even double-digit sales growth in local currency in all four regions.

After a dynamic start in the first quarter, Symrise is confident for the further development in the fiscal year 2018. The Group is expecting a healthy global economic growth. However, the debt situation of some countries will continue and some currencies will remain volatile. Moreover, Symrise expects overall raw material costs to increase significantly. The Group has been actively pursuing backward integration in key natural raw materials for years. As a result, Symrise is in a good position through close cooperation with producers and long-term contracts.

For the current fiscal year, Symrise remains committed to its target of growing faster than the relevant market at Group and segment levels. Estimates place worldwide market growth in the 3–4 % range. Moreover, despite the currently tense raw material situation, Symrise intends to maintain its strong profitability, and is therefore targeting an EBITDA margin of around 20 %.

Symrise is also reaffirming its objectives set for the end of the fiscal year 2020: a compound annual growth rate (CAGR) of 5–7 % and an EBITDA margin in the range of 19–22 %.

Symrise is a global supplier of fragrances, flavors, cosmetic active ingredients and raw materials as well as functional ingredients. Its clients include manufacturers of perfumes, cosmetics, food and beverages, the pharmaceutical industry and producers of nutritional supplements and pet food.

With sales of approximately € 3 billion in 2017, Symrise is among the global leaders in the market for flavors and fragrances. Headquartered in Holzminden, Germany, the Group is represented with more than 90 sites in Europe, Africa and the Middle East, Asia, the United States and Latin America.

Symrise works with its clients to develop new ideas and market-ready concepts for products that form an indispensable part of everyday life. Economic success and corporate responsibility are inextricably linked as part of this process. Symrise – always inspiring more...