Symrise opens its own site in Iran 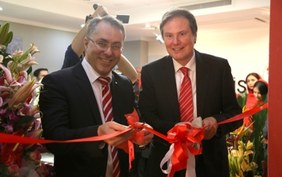 — Trading hub between East and West

Symrise opens “Symrise Parsian” – its own site in Tehran, Iran, on April 14, 2016. This move strengthens the Company’s presence in the Middle East, establishing it as a pioneer among multinational companies. Symrise will set up sales offices and application-specific laboratories at the site. Symrise wants to use the knowledge gained on site to develop custom-tailored products for the market in the Persian Gulf region. These will be made for local and international customers in the food and beverage industry, as well as for manufacturers of perfumes, body care, and household care goods.

The history of Symrise is closely linked to Iran. The Scent & Care and Flavor & Nutrition segments have had business contacts with Iran for more than 40 years. During this time, Symrise has worked intensively to familiarize itself with the local markets, building close and lasting relationships with customers. “Having our own site in the region underlines our dedication to Iranian customers and this attractive market. We are thus a step ahead of many other international companies,” said Dr. Heinz-Jürgen Bertram, Chief Executive Officer of Symrise AG. Iran’s location between Europe, Russia and the Persian Gulf States makes this country an important trading hub. This opens a variety of trading opportunities for the future – also with Asia.

“The country has good liquidity and already ranks among the 20 largest economies. Iran has the fourth-largest oil reserves in the world as well as other natural resources. Experts expect the gross domestic product to double soon,” says Bertram. “Our business relationships have been in place for more than 40 years. The business has been overseen by freelance sales representatives since the mid-seventies and has been expanded continually in the years since then. Despite the many sanctions that were implemented at the beginning of the Iraq war and maintained throughout, Symrise has sustained strong relations with customers and surrounding Persian Gulf States.

The close connection to Iranian customers is now being cemented with the Symrise Parsian site. The opening ceremony took place on April 14, 2016, to officially celebrate the kickoff. Local and international guests as well as company representatives attended the ceremony. The official welcome was carried out by the German ambassador Michael von Ungern-Sternberg. The Board of the German Chamber of Commerce and senior representatives from the German consulate were also present.

With its local infrastructure in place, Symrise will be able to serve its customers better and much faster, while engaging with them in a purposeful manner. In this way, the company can recognize customer needs and market demands early on and implement these in its product development. “The population of roughly 80 million is well educated with a healthy demographic distribution of 50 percent under the age of 30. There is a lot of demand for products such as high-quality perfumes, cosmetics and foods that conform to leading global standards. The total market potential in this area is estimated to be more than € 100 million,” explains Mohammad Faieghi (M. Sc. Eng.), Managing Director of Symrise Parsian. 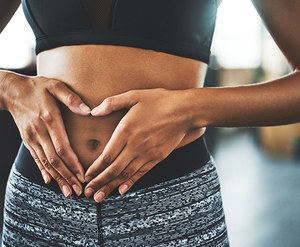 Member of the Symrise team in Teheran.

Symrise is a global supplier of fragrances, flavors, cosmetic active ingredients and raw materials as well as functional ingredients. Its clients include manufacturers of perfumes, cosmetics, food and beverages, the pharmaceutical industry and producers of nutritional supplements and pet food.