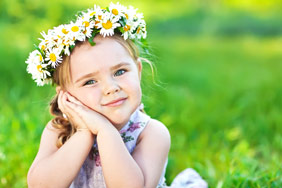 When a cream or lotion is able to soothe skin erythema, it often owes this ability to the plant substance bisabolol. The worldwide demand for this skin soothing substance can be sustainably met only in part from its natural sources such as chamomile, or candeia tree harvested in Brazilian rain forests. As an environmentally friendly alternative, Symrise – a manufacturer of cosmetic raw materials and active ingredients for the cosmetics industry – offers nature-identical bisabolol under the product name Dragosantol® 100. Current studies confirm that Dragosantol® 100 shows the same efficacy for skin soothing as bisabolol derived from plant oils.

Bisabolols belong to a group of plant substances, of which the most well-known example in cosmetics is (–)-α-bisabolol (minus-alpha-bisabolol). Because of its skin soothing properties and good tolerability, it has quickly become a key ingredient in many skin care products, including after-sun products and products for sensitive skin. For this reason, the worldwide demand for (–)-α-bisabolol has grown so quickly that it can be sustainably met only to a limited extent from its natural sources, which are mainly essential oils from chamomile or the wood of the Brazilian candeia tree.

That is why Symrise has developed a patented procedure, as an environmentally friendly alternative, to synthesize α-bisabolol. The production requires a small amount of water, can take place without the use of pesticides and does not occupy any agriculturally productive land. Symrise delivers its α-bisabolol to manufacturers of cosmetic products in highly purified form as Dragosantol® 100. Dragosantol® 100 consists of more than 95 percent α-bisabolol – specifically, four naturally occurring α-bisabolol isomers – and is almost farnesol free (less than 0.1%) . This colorless liquid dissolves in oils and alcohol and can be processed in manufacturing cosmetic products in the same way and concentration as bisabolol derived from plants.

In comprehensive research studies, isolates of diverse naturally occurring α-bisabolol isomers were produced in a first step. In a second step, these naturally occurring α-bisabolol isomers were compared to each other in in-vitro experiments with regard to their anti-inflammatory effect. The effect of the isomers does not differ from (–)-α-bisabolol derived from chamomile or the candeia tree in terms of interleukin-1α biosynthesis. Furthermore, no difference regarding other inflammatory markers could be detected between (–)-α-bisabolol and Dragosantol® 100 in-vitro.
In an in-vivo study with 22 subjects, an oil-in-water emulsion with 0.1 % Dragosantol® 100 reduced skin redness caused by UV radiation by 16.4 % within one day. A placebo emulsion tested at the same time did not provide any significant relief