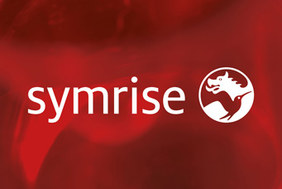 NOT FOR DIRECT OR INDIRECT PUBLICATION, DISTRIBUTION OR RELEASE IN OR INTO THE UNITED STATES OF AMERICA, AUSTRALIA, CANADA AND JAPAN OR ANY JURISDICTION IN WHICH OFFERS OR SALES OF THE SECURITIES WOULD BE PROHIBITED BY APPLICABLE LAW.

The convertible bonds are convertible into new and/ or existing no par value bearer shares of the issuer (the ‘Ordinary Shares’) not earlier than five years from now. The total number of shares underlying the convertible bonds corresponds to 3.4% of the current share capital. The net proceeds raised will be used to refinance existing loan and capital markets indebtedness and for general corporate purposes of the Company.

‘With this issuance we are taking the opportunity of the positive convertible bond market environment to secure long-term financing at attractive terms from the capital markets.‘ says Olaf Klinger, CFO of Symrise AG. ‘In addition, we are diversifying our investor basis.‘

The coupon amounts to 0.2375 % p.a. payable annually in arrear. The initial conversion price has been fixed at €91.8595, corresponding to a premium of 45 % to the volume-weighted average share price of Symrise during the bookbuilding process today.

Symrise intends to apply for inclusion of the Bonds to trading on the Open Market (Freiverkehr) of the Frankfurt Stock Exchange.

The convertible bonds were placed in an accelerated bookbuilding only with institutional investors outside the United States in reliance on Regulation S (Category 1) under the United States Securities Act of 1933 as amended, as well as outside of Australia, Canada and Japan.

Symrise works with its clients to develop new ideas and market-ready concepts for products that form an indispensable part of everyday life. Economic success and corporate responsibility are inextricably linked as part of this process. Symrise – always inspiring more...Symrise, always inspiring more ...

The distribution of this press release and the offer and sale of the securities referred to herein may be restricted by law in certain jurisdictions and persons reading this press release should inform themselves about and observe any such restriction. Any failure to comply with these restrictions may constitute a violation of the securities laws of any such jurisdiction.

In the United Kingdom, this press release is directed only at, Qualified Investors (i) who have professional experience in matters relating to investments falling within Article 19(5) of the Financial Services and Markets Act 2000 (Financial Promotion) Order 2005, as amended (the “Order“) or (ii) who fall within Article 49(2)(a) to (d) of the Order, and (iii) to whom it may otherwise lawfully be communicated (all such persons together being referred to as "Relevant Persons"). This press release must not be acted on or relied on (i) in the United Kingdom, by persons who are not Relevant Persons, and (ii) in any member state of the EEA other than the United Kingdom, by persons who are not Qualified Investors.