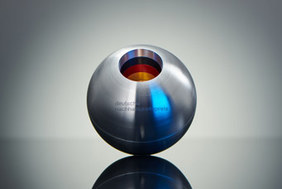 Having already received the award in 2012 and made it into the final round in 2016, Symrise has been nominated again this year for the German Sustainability Award. The fragrance and flavoring manufacturer is active in local growing regions across multiple continents and distinguishes itself from its competitors most notably with its systematic environmental sustainability management and its sustainable product portfolio. Symrise integrates the challenges of sustainable development into its operational decision-making processes in order to achieve social, environmental and economic successes over the short, medium and long term.

The jury honored the sustainability management of Symrise with a nomination in the category “Germany’s Most Sustainable Large Corporation.” Symrise employs efficient processes and technologies to protect limited natural raw materials over the long term in order to protect biodiversity in the regions threatened by global change. Sustainability is a core element of the corporate strategy with long-term goals: minimizing the environmental footprint and maximizing sustainability in terms of products, supply chains and employees. Symrise also engages within the growing regions and with the farmers by entering into long-term partnerships and investments in local infrastructure. Symrise pays special attention to ethical issues connected to its global material streams. In fact, the company evaluates suppliers based on ethical criteria and works with strategic suppliers to develop action plans, which in turn should increase the social and environmental effectiveness of the core business as well as the resilience of the extensive raw materials portfolio. Symrise is also looking to establish 100 % traceability for strategic raw materials by 2020.

Symrise has achieved significant, measurable success over the past years. With lighthouse projects in sustainable sourcing, Symrise has considerably increased the number of people involved in its projects. In Madagascar, the company has already trained more than 5,500 local small-scale farmers in sustainable cultivation methods and included them into the certification program. Symrise has also invested in schools and thus improved the educational situation for over 20,000 children. Symrise is also pursuing similar approaches in other growing regions, including Brazil’s Amazon rainforest.

The company wants to achieve more, for instance, in climate protection: It aims to reduce its absolute greenhouse gas emissions in relation to value added by five percent and lower the chemical oxygen demand in wastewater by four percent each year. Symrise is the first company in its sector to receive confirmation from the specialist jury of the Science Based Targets initiative (SBTi) for its long-term CO2 reduction goals. The SBTi’s goal is to implement voluntary reduction measures designed to reduce global warming to clearly below two degrees in line with the Paris Climate Agreement.