The onion becomes a video star at the FIE, with a virtual expedition from the field to the plate 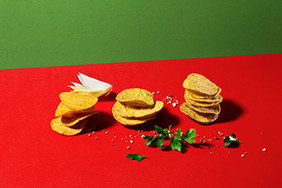 Why is the onion considered the queen of the kitchen, and why is Symrise the king of onion? From November 28-30, 2017, visitors to the Symrise booth at the world’s leading trade show for food ingredients, Food Ingredients Europe, will find answers to these questions in a film shot with 360° virtual reality technology. Symrise used “Spherie”, a drone capable of capturing panoramic views, to film the content. The result is a virtual reality film that takes the viewer on a journey, allowing them to experience firsthand how the golden vegetables are harvested and processed. Through this interactive journey, viewers get a behind-the-scenes look at the kitchens at Symrise, one of the world’s leading suppliers of fragrances and flavorings, as new dishes are made from the beloved local ingredient.

Symrise will present the virtual film experience, “King of Onion 360°”, during the three days of the trade show and will invite visitors on an interactive journey into the world of taste, using the motto “Best of Nature. Best of Science. Best for You.”

The Onion in 360° Virtual Reality

The onion is a fascinating vegetable. Its intensive aroma brings tears to the eyes, yet it is also a key ingredient in many savory dishes. Onions are used as basic materials or flavor carriers in 95 percent of all soups, sauces, readymade meals and preparations of meat or fish. For 60 years, Symrise has been processing this natural ingredient for convenience products.

Yet, the supposedly ordinary vegetable is very demanding: Alternating with wheat, potatoes and turnips, the onion is only planted every seven years. To show how sustainable and regional onion cultivation works, Symrise is taking its customers on an aerial adventure. To carry out this task, the Holzminden-based company commissioned the Hamburg-based film production company Spice VR. Their experts sent a unique drone into the sky. With six cameras on board, “Spherie” is the world’s first drone specially designed for 360° VR filming. No one has ever been this close to the onion cultivation process – until now.

Thanks to the drone, viewers can “float” above farmer Jochen Ricke’s onion fields in Allersheim. The small village is just a stone’s throw away from the main factory in Holzminden. Ricke is one of Symrise’s close contract partners. The majority of the 8,500 tons of onions that Symrise purchases every year come from farmers within a radius of 50 kilometers. As a result, transport routes and energy costs are kept to a minimum.

The VR film “King of Onion 360°” takes viewers on the journey of the onion – from recipes and sustainable, local cultivation to industrial processing and its role as the flavoring component in many readymade meals. For Project Manager Dominik Rzepka, from the Corporate Communications department at Symrise, the film project represented an exciting challenge: “Producing a 360-degree virtual reality film required a whole new way of thinking, as well as meticulous preparation for the scenes. During the shooting, you have to constantly make sure that no one is in range of the special cameras besides the actors – otherwise they will be seen in the video. If this had happened, it could only be determined later, after reviewing all of the footage – only then could we be sure that a scene had been successful. Thanks to the experience of Spice VR and support from many motivated colleagues and partners, we are able to provide this unique insight into our industry.”

Symrise is a global supplier of fragrances, flavorings, cosmetic active ingredients and raw materials, as well as functional ingredients. Its clients include manufacturers of perfumes, cosmetics, food and beverages, the pharmaceutical industry and producers of nutritional supplements and pet food.
Its sales of more than € 2.9 billion in the 2016 fiscal year make Symrise a leading global provider in the flavors and fragrances market. Headquartered in Holzminden, Germany, the Group is represented by more than 90 locations in Europe, Africa, the Middle East, Asia, the United States and Latin America.
Symrise works with its clients to develop new ideas and market-ready concepts for products that form an indispensable part of everyday life. Economic success and corporate responsibility are inextricably linked as part of this process. Symrise – always inspiring more ...