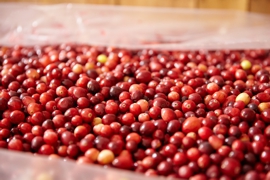 Diana Food, part of Symrise Nutrition, has been nominated as a finalist for the Edie Sustainability Leaders Awards 2021 in the category of “Waste and Resource Management Project of the Year.” Diana Food is being recognized for its overall waste reduction strategy and recent initiatives that focus on the valorization of the company’s side streams.

Edie Sustainability Leaders Awards recognize excellence across the spectrum of green business, which makes Diana the Food the ideal candidate for a nomination. The initiative looks for the best efficiency programs, product innovations, stakeholder engagement, social sustainability initiatives, and the people on the ground who are making change happen. Winners of Edie Awards are recognized as vanguards of sustainability that drive demonstrable results through innovation, engagement and a commitment to doing business better. The program is the UK’s largest and most prestigious sustainability awards initiative. The final results and winners will be announced during an online ceremony on February 3.

“We are very pleased to be nominated for the Edie Sustainability Leaders Award 2021. It is a clear recognition of our continuous effort to drive sustainable innovation across our activities. While supporting our current world stakes and the United Nations Sustainable Development Goals, I am convinced that our recent initiatives act as inspiring changes of mindset for our team, and beyond. They will change our ways of doing business and enable us to proceed more responsibly,” shares Marie Le Henaff, Global Sustainability Manager at Symrise Nutrition.

Waste reduction at the core of Symrise Nutrition business model

Since its origins, resource efficiency has been a key element of Symrise Nutrition’s DNA and Diana Food business development. Launched in the 1950s, Diana Food is one of the very first visionary businesses in terms of sustainability. The company was founded on the concept of valorizing poultry by-products into high value ingredients for the pharmaceutical industry. Since then, Diana Food has extended its valorization capabilities to vegetable, fruit, as well as meat and seafood by-products, enabled by the company’s combined expertise in sourcing excellence and gentle industrial processes.

Symrise Nutrition has established two main platforms as part of its waste reduction strategy. First, the company has committed to reducing waste production by 4 % in relation to value added annually through 2025 via a global continuous improvement plan. Second, Symrise Nutrition has set up a dedicated innovation team within its Diana Nova incubator, which is designed to further investigate more complex side streams valorization initiatives. Thierry Lenice, Side Stream Valorization Platform Leader at Symrise Nutrition, stated that “Thanks to a cross-divisional and multidisciplinary approach within the Symrise Group, scientific partnerships with universities and internal incubation capabilities, we have been able to screen the composition of our side streams, explore green extraction technologies, and evaluate interest for potential markets and final applications.”

Waste management as a driver of innovation: from composting to high value creation

In the past, Diana Food had leveraged its organic waste through methanization, compost generation and/or into animal feed. More recently, the company has chosen to move forward in optimizing the environmental, societal and economic value from its generated side streams.

These initiatives and action plans already delivered promising results. As an example, Diana Food succeeded in reducing the side streams generated by its meat business line by 30% in relation to value added within three years. This allowed the company to lower the waste treatment budget while delivering new gains through side stream valorization.

Another recently-launched initiative deals with cranberry sugars generated within our Canadian facility, which is dedicated to the production of health actives from natural Nordic fruits. The project will deliver a 20% waste reduction in relation to value added in cranberry by-products, which are now being successfully valorized into a brand new natural ingredient dedicated to personal care. It will be commercialized by Symrise’s Cosmetic Ingredients division in the coming months.