The whole is greater than the sum of its parts

When teams from different areas collaborate, successful and forward-looking projects are often the result. Symrise can point to dozens of examples of this kind of cooperation, which have created innovative taste compositions along with novel fragrance and care experiences.

In Diana’s laboratory kitchen in the French city of Rennes, steam rises from a pot in which carrots, leek, celery and an entire chicken are cooking in boiling water. The taste of skin, fat, meat and bones is slowly drawn into the salted liquid until a flavorful chicken bouillon – both delicious and comforting – is created over the course of nearly two hours. Thomas Couëpel, Global Product Manager Meat and Seafood, takes notable pleasure in tasting the dish, but not just out of a love of food. Once again, he compares his sensory impressions with the taste sensations developed in the “Innomeat” project. In this project Couëpel and his team, including new Symrise colleagues from the group working on natural flavor complexes, are further developing the extracts, meat powder and fats from the Diana portfolio.

“Innomeat” is one of several dozen subjects that has grown out of the program called “Good Food, Great Ex­perience”. The program serves as a framework in which the two companies, which used to work independently of one another, have been able to establish even more added value for the customer through unifying their know-how. This covers a range of subjects that combine their expertise in raw ma­terials, their innovative technologies, and knowledge of consumers, trends and markets – all resulting in outstanding and unique product solutions. The way this works is evident in the test kitchen in Rennes. “The feedback with regard to our extracts – such as bouillons and broths – has always been positive. We have cover­ed a wide spectrum of tastes that we can now work on improving together,” says Thomas Couëpel about the cooperation. Our customers in Asia, for example, prefer a very intense and also quite special experience in which notes of boiled chicken emerge as a particularly strong flavor component.”

Not an easy task, says Couëpel, if you want to remain committed to using only natural raw materials. With these raw materials, Diana has become Europe’s market leader. Speci­fically, Diana produces an entire range of natural ­extracts and concentrates for the food industry from the whole chick­en – the entire skeleton including flesh, fat and skin fragments. “In general, a broth is cooked and then delivered in a thickened form to food manufacturers,” says Jens Koch from Symrise, who, with his French colleagues, has accompanied the process from the start.

When it comes to product development, Thomas Couëpel (right), Global Product Manager Meat and Seafood at Diana, prefers working directly over the stove. 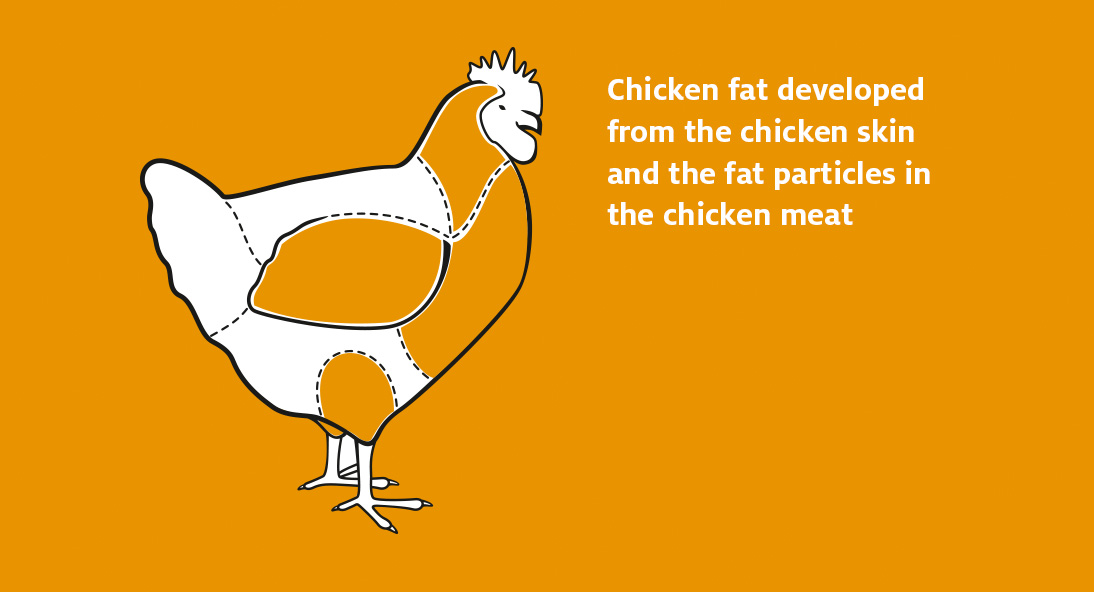 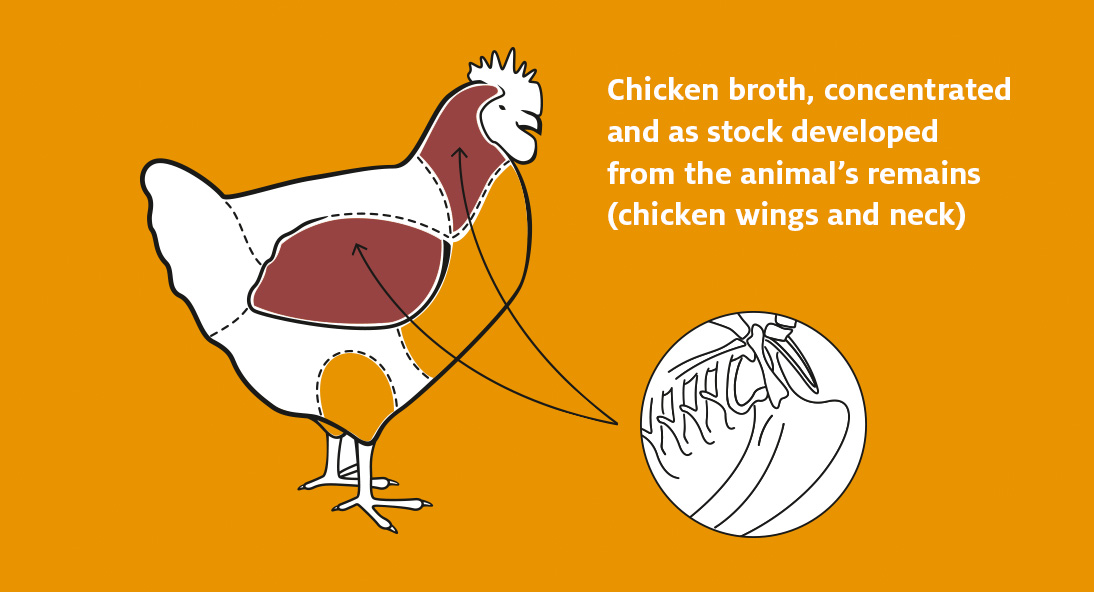 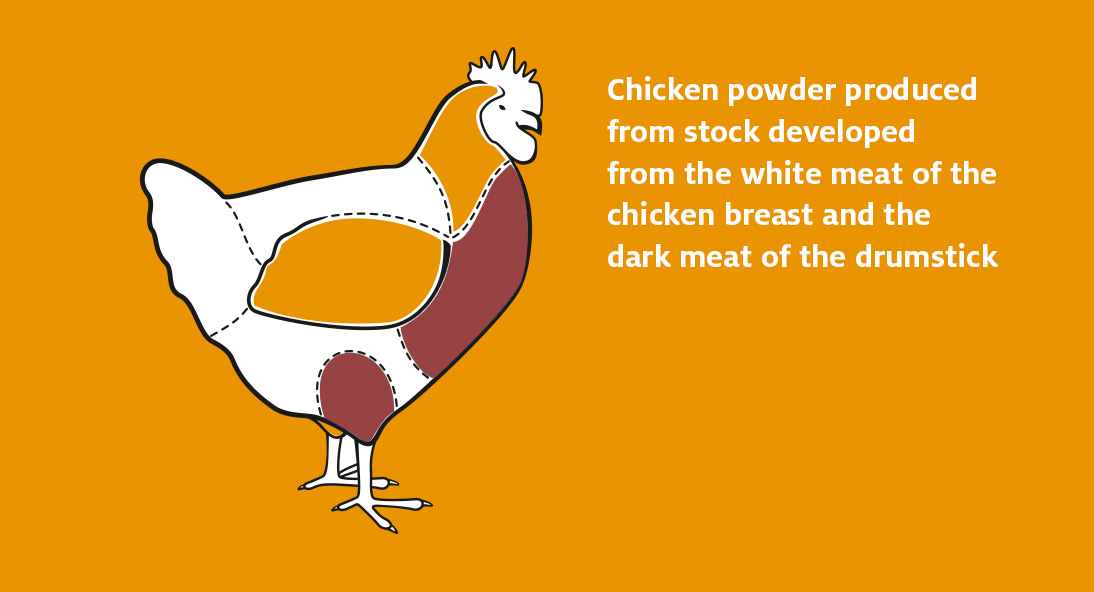 We are able to develop completely different flavor combinations for our customers’ needs with a purely natural product.Jens Koch, Manager for natural flavor complexes

At the pilot facility in the French city of Rennes, Thomas Couëpel tests the first products from the Innomeat project.

“Together we looked at the individual components that are used in production and brought in our know-how when it comes to something called reaction flavors. Now we want to find out how the taste develops in the broth when the molecules of white and dark meat, skin, fat and other components react with each other,” Koch explains. “Here are two examples: Take the light-colored breast meat; that has an umami taste, while the flavor of leg meat has livery and bony elements.”

The manager for natural flavor complexes at Symrise is holding a bowl in his hand that contains a dark paste: hydrolyzed meat from France, which has been reduced to proteins, peptides and amino acids by way of an en­zymatic process. “This way we are better able to analyze and also further process individual components,” Koch explains. He has cooked and fried the paste-like meat, mixing it with fat and concentrated spices to see how they combine and react to each other. “This allows us to develop completely different flavor combinations for our customers’ needs with a purely natural product.”

Thomas Couëpel also sees big benefits. “Since our integration within the Symrise Group, we are able to act in a much more agile fashion and simultaneously work on joint projects in teams with colleagues and technologies from both sides,” he says. “We have received very positive customer feedback with regard to the initial prototypes.” In a poultry stock a special building block can be brought out that tastes like boiled chicken (especially popular in Asia) or roasted meat that has been marinated.

But the collaboration has also resulted in an entirely different kind of added value. With Diana, Symrise is able to achieve backward integration of an important raw mate­rial. “In order to develop intense chicken flavors, we used to purchase meat extract from various manufacturers,” says Jens Koch. “Now we have in-house production of it.” A transfer of knowledge also takes place in the other direction. Technologies from Holzminden are directly incorporated into the process in France, for instance. “We have already been able to directly implement 10 to 15 products in this way,” explains Koch. “This allows us to make use of valuable materials in a much more sustainable and economical way.”